Armed to the teeth with GoPros, drones, electric skateboards and dozens of other gadgets, Matt Swider and I headed to the heartland of America and, eventually, to the sanctified halls of the Las Vegas Convention Center for the world-renowned Consumer Electronics Show (CES 2018).

Instead of taking the easy way out and flying there like the 180,000 other attendees, TechRadar is taking a slightly different route – we took a road trip.

Starting in New York City and ending in Sin City, TechRadar will saw the great sights in the US along the way – all while providing you information on the gadgets we brought with us and our predictions for the big show.

Here are the highlights from that trip: 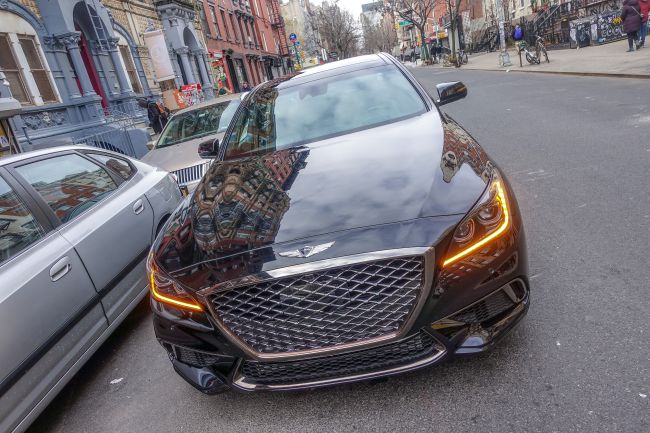 This is the car we drove to CES 2018. It’s the latest Genesis G80 Sport courtesy of Genesis, and it’s our amazing ride for the next seven days.

At $57,750 (about £42,480, AU$73,946) it drives like a dream boat. Well, the larger interior of the G80 Sport doesn’t really translate to a “boat,” like everyone has told us in the weeks prior to today. It’s also filled with enough sensors and safety features to keep us free from dinging anyone in Manhattan.

Getting out of the city proved to be tough. But we managed to do it! Five hours later, we ended up in an equally frozen Washington, D.C. And, with a little sleep, we tested out some smartphone cameras to take photos of the famous monuments. 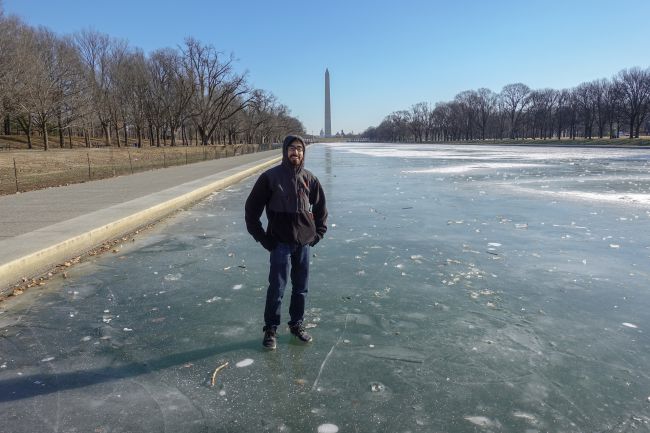 Just how frozen was Day 2 of our road trip to CES 2018? Well, we were able to walk across the iconic Lincoln Memorial Reflecting Pool.

Yes, we’ve began our road trip by literally walking on  water. We are that amazing, right?

Also, there was a sign that specifically told people the frozen block of us may be unsafe. Which, naturally, was an invitation to stand on said ice. We were told that it’s about 18 inches (46 cm) deep along the perimeter, so we felt safe enough.

The first 24 hours on the road to CES ended with us headed further south, toward Knoxville, Tennessee. Time to break out the Chicken and Waffles. Las Vegas is in our sights. 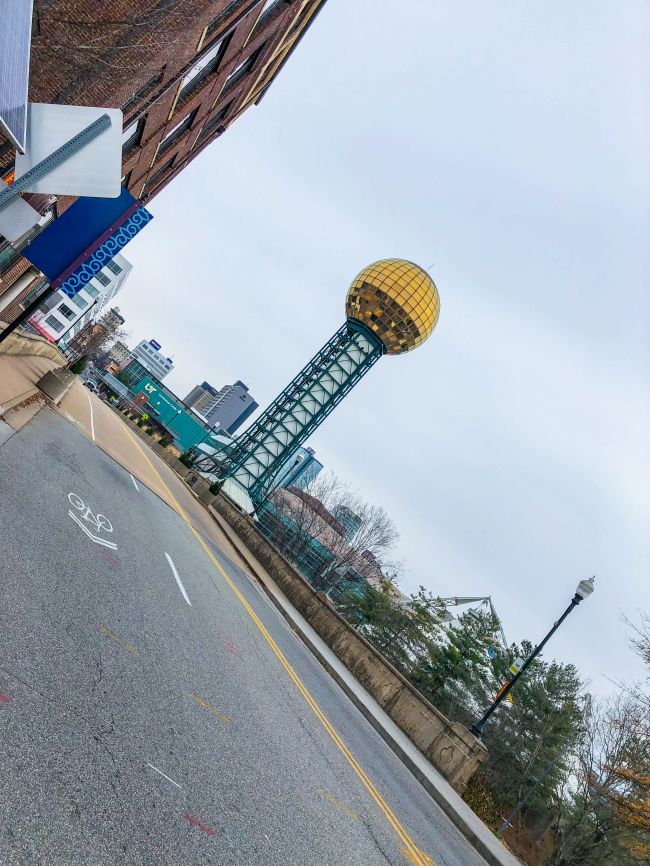 What does Knoxville have to do with CES? Well, besides a natural hotel stop in our long journey across America, it hosted the 1982 World’s Fair.

That’s an important connection because, as we learned on our road trip, this particular World’s Fair saw the birth of the touch screen. Think of all of the CES gadgets that make use of the touch screens today. This is where it all started and was first shown off to the world.

What remains of the 1982 World’s Fair is an iconic 266ft (81m) high shimmering gold-colored Sunsphere. Here’s Matt and Nick talking about the gadgets they brought across the US and what we’re looking forward to at CES 2018. 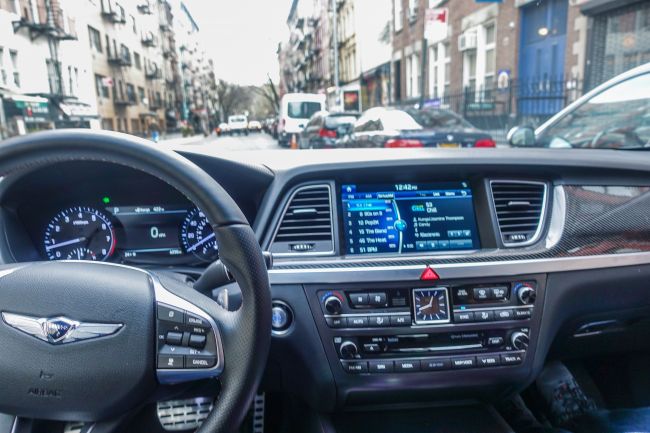 We’re halfway through our CES 2018 road trip today, rolling through Memphis, Tennessee, the “Home of the Blues” and the birthplace of Rock ‘n Roll.

What better time to retool our playlists? And being tech-savvy folks, we all have different platforms: Google Play Music, Spotify,  and Tidal. That’s been two tech editors and a videographer.

We found out we needed more tech during our travel from Oklahoma City to Santa Fe, New Mexico today. Specifically, a radar detector. We were pulled over for speeding ever so slightly in the Sooner State – we couldn’t wait to say ‘Later’ to the Sooner State after that experience.

What’s the rush? This is our longest leg of the trip: 8 hours of driving, and that’s without stops. It’ll take us at least 10 hours to get to our destination.

On the bright side, we were able to eat at the famous Big Texan Steak Ranch in the middle of I-40 in Amarillo, Texas, and we talked about Texas-sized CES 2018 predictions. What do we think will be there? Matt and Nick dissect the show in the vlog below.

Loading and unloading the roomy Genesis G80 Sport is a Herculean task. That’s because we have so much tech with us. We have started to refer to putting our suitcases in the car truck as “Tetrising.” We even hum the Russian music.

We’re now approaching Monument Valley, which you’ve seen in almost every Western scene in a movie or TV show, from John Wayne films to Road Runner cartoons. Most of today, however, was spent driving, so we’re headed there tomorrow. 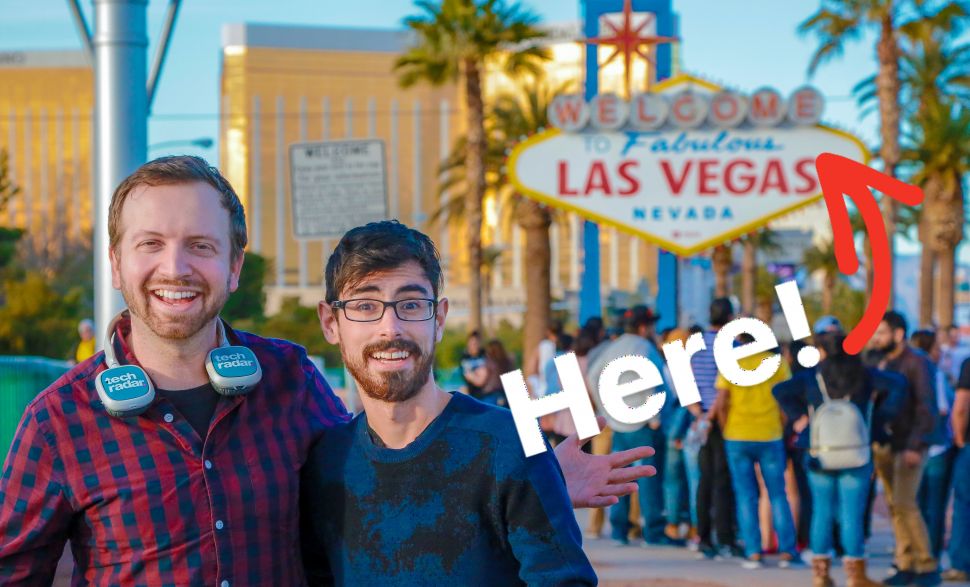 With a six hour drive (seven-and-a-half with stops to eat and gas up), we’re now in Las Vegas, collected our CES badges and completed our road trip. Hurray!

What awaits us is… more work. But that’s only good news for you because we’re now bringing CES 2018 news and announcements to you every day. Have questions on what’s hot on the CES show floor? Follow and ask Matt Swider and  Nick Pino on Twitter. We’ll answer your questions.

Thanks to Matt for writing this up on TechRadar!